While equity markets have rebounded vociferously off their lows, the rebound does feel exceptionally fragile. The most likely course going forward is one of ongoing volatility and a bout of potential further weakness, as data around the extent of the damage done to corporate South Africa and the economy comes to light. Local equities had a good month, with the Capped SWIX up 14.1%, though coming from a low base. Financials (+11.04%) and Resources (+22.64%) had a stellar performance clawing back some of the losses experienced in March. Resources were supported by gold and platinum group metal miners which were up 6.3% and 7.18% respectively. Sasol surged 136.3% on the back of positive news, as the company is looking to sell a part of the LCCP project in order to raise cash to reduce the debt burden on its balance sheet. Looming concerns regarding a rights issue seem to have dissipated, with investors welcoming the move on asset sales.

Company updates continue to remain very uncertain or rather negative with regards to operating conditions through the lockdown. Market participants are likely to continue to place a premium on growth (as witnessed by the spectacular recovery in Prosus and consequently Naspers share prices). Conversely, companies which are reporting increasing leverage, cutting of dividends and strong declines in revenue and profitability with no clear path for a strong recovery; are likely to remain on depressed earnings multiples or in a worst case scenario continue to derate. The low multiples that such companies trade on are merely an optical margin of safety as a permanently impaired earnings outlook warrants a low multiple of earnings. Our guidance will come from half year earnings releases, which will give us an indication of how much the pandemic has impacted the economy. However, one should pay close attention to the impairment charges that companies report in the upcoming reporting cycle as some of these charges may not be related to the impact Covid-19.

Governments across the world have announced fiscal packages coupled with monetary stimulus in an aggressive attempt to cushion the contraction in their respective economies. The SA government announced a R500bn fiscal stimulus package, amounting to 10% of GDP, which is designed to soften the impact of Covid-19 to the already fragile economy. The stimulus will be targeted at health care, social benefits and loan guarantees issued to support private sector liquidity, coupled with tax deferrals for individuals and companies. On the other hand, revenue tax collection could possibly decline by R285bn in 2020, placing heightened scrutiny on SA’s ability to service its debt by the rating agencies. Debt to GDP is expected to significantly increase to 82.3% post the pandemic, which is largely dependent on changes in government’s revenue collection. 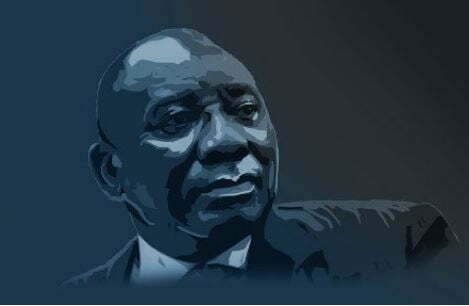 The Ramaphosa administration will be faced with difficult choices in curtailing the surge in government debt. One of those will be a proposal to reduce the public sector wage bill, which is expected to be fiercely contested by the unions. State-owned entities remain a risk to the fiscus, particularly Eskom as it provides a critical public good which is imperative in fostering economic growth. However, in the medium-term, one needs to pencil in load-shedding as government gradually relaxes lockdown restrictions. On the other hand, the SARB slashed interest rates by 200bps in 2 very quick fire interest rate cuts, moving the repo rate to 4.25% citing a subdued inflation outlook due to relatively low oil prices. With inflation remaining within the target band, the Reserve Bank has felt confident in providing some much needed reprieve to the South African consumer despite a weaker Rand. This has reduced the attractiveness for money market as an asset class and is likely to drive further appetite for nominal bonds (and in a bullish case for equities as risk appetite and consumer spending returns).

Emerging market credit spreads in general continue to remain elevated, with spreads in South African government bonds narrowing after the SARB embarked on a sovereign bond purchase program in the secondary market. Corporate bonds and credit spreads, however, remain unchanged as illiquidity persists due to market makers becoming increasingly cautious in a distressed market environment. In addition to this, asset managers continue to shy away from credit given the pressure on corporate South Africa as market sentiment remains jittery. The long end of the yield curve remains elevated due to investors pricing in a higher sovereign and currency risk premiums. The budget deficit is expected to widen to around 10% of GDP post the Covid-19 pandemic. Debt sustainability remains a concern as the government is forced to cushion the impact of the pandemic on the economy, given the high inequality in our country, with many dependent on the grant system for survival. National Treasury will mostly likely increase the bond issuance but it remains unknown on which part of the curve the issuance will occur. The short end of the curve is pricing in a further rate cut in the nearterm, after having dipped, subsequent to the two rate cuts. This could provide a fairly cheap source of funding for National Treasury however, the roll over risk of such a strategy is perhaps too high. Given the subdued inflationary outlook, it is likely that the SARB will continue on its secondary market bond purchasing programme.

On the balance of probabilities, the outlook for the South African bond market continues to remain supportive against the backdrop of global central banks maintaining heightened liquidity and very low interest rates. The greatest risk to the asset class remain another bout of significant risk-off sentiment resulting in a further drain of capital from emerging markets. With foreigners having reduced their exposure to South African bonds (now accounting for less than 37% of the total domestic bond market from a peak in excess of 43%), the severity of such a selloff is likely to be more contained than what was witnessed in the first quarter of this year. Anecdotally, this is supported by domestic bonds actually rallying on the much anticipated exit from the World Government Bond Index.

Overall, the fiscal and monetary measures taken by the government and the SARB have been encouraging and should be positive in stabilising the impact to the economy in the near term, not discounting the fact that GDP will contract in the coming quarters. The low growth and inflation environment is likely to persist in the near term as businesses and the movement of people continues to be restricted. This is where the political response from government needs to be more concise to prevent further permanent damage to an already ailing economy. With the lockdown buying the country some time with regards to preparing the healthcare system for the inevitable spike in cases. A clear and concise message needs to come from government with regards to the path forward and the reasoning to prevent the harsh economic impact. In essence, a strategy of minimising the loss of life and preventing overwhelming the healthcare system needs to be achieved while minimising the economic impact of lockdowns.

Global markets ended the month on a higher note, with the S&P 500 posting gains of 12.68%, which was mostly driven by technology companies. This comes after the US economy contracted by 4.8% in the first quarter ending the longest expansion in the country’s history. The contraction was the fastest post the 2008 global financial crisis (GFC) with the print below the 4% contraction that the market was expecting. The GDP slump was exacerbated by the Covid-19 pandemic, with some states implementing lockdowns. Initial jobless claims have surged during the pandemic with around 33.5 million people having lost jobs since the beginning of the pandemic, though the number has been increasing at a decreasing rate.

Governments have gone all out and maximised the use of their fiscal tools in combating the impact of the pandemic compared to the GFC, leaving many countries with high levels of indebtedness and with their participation rate in the economy at record highs. Post the pandemic, governments are likely to account for a greater share of the economy through company bailouts and cash transfers in an attempt to cushion supply and demand side destruction in the economy. One cannot discount the likelihood that bailouts may lead to state ownership. Aggressive intervention by central banks has provided support to government and the private sector, which was necessary in stabilising the global economy. Actions that are set to continue post the pandemic are: forward guidance with regards to monetary policy, large scale asset purchases, yield curve control and lower bound interest rates.

The Federal Reserve has significantly ramped up its balance sheet, with the bond purchase program expected to surpass the $1.6trn mark, as they have been buying large amounts of treasury bills and asset backed securities to shore up liquidity in the debt markets. Perhaps the most ominous sign of the impact of the virus on the US economy (other than the statistics regarding job losses) is the increased scope of the Federal Reserve’s asset purchasing programme to corporate debt. This is uncharted territory for the central bank and it continues to run the risk of not being able to exit such positions without major repercussions for financial markets into the future. It is ultimately critical for the Federal Reserve to remain independent and free of political pressure. This is going to be a challenging balance to strike as the government ramps up debt issuance into an environment where the Federal Reserve continues to embark upon a substantial asset buying programme.

Consumers have played a significant economic role in the past several decades, with the greater share of the global economy mainly driven by consumer demand in differing proportions. With lockdowns restricting the consumption and movement of people which has become a global phenomenon in the current environment. It will be important to observe which consumer behaviours will most likely persist or be temporary in nature. The structural shift in consumption and corporate investment is likely to change irreversibly as the movement of people and consumer patterns change. In addition to this, consumers are likely to marginally increase their savings rate over time to build up reserves for emergencies and loss of wealth thus impacting existing consumption patterns adversely. This can already be witnessed anecdotally when looking at restaurant attendance in the US subsequent to the lockdown ending in a number of states and a survey conducted by the New York Times on how likely people are to revert back to a number of normal activities even after governments end the strict lockdown measures. According to the survey conducted, restaurant attendance has fallen by more than 80% year-on-year in a number of states. More than 55% of people surveyed in a New York Times poll expressed their unlikelihood to attend a public gathering of any kind even after lockdown restrictions have been eased.

It is clear that a number of industries are likely to be permanently impacted with a “V” shape recovery in earnings increasingly unlikely. This is likely to continue to weigh on a sustained and robust smooth recovery in equity markets globally with ongoing volatility likely to persist. Ultimately, there are a number of businesses which remain resilient and are likely to adapt to structural changes in consumption and the mechanics of the global economy. Such companies remain in good stead to continue to compound investor’s capital and warrant an ongoing or even increased allocation of capital.