Bear or just a valuation correction?

Sell-offs across major asset classes triggered by a prospect of aggressive monetary policy tightening by the Fed and rising geopolitical tensions in Europe have induced panic and fear (justifiably so) among investors. The debate now is whether markets are correcting or entering a bear era. A bear market which is often associated with sustained meltdowns of at least 20% will be more dreadful than a correction which is a mere realignment between dislocated asset prices and fundamentals. We don’t see the ongoing pessimism in the market morphing into a blown-out bear market. Our charts of the week below explore two factors which give us confidence that what we are seeing in markets is a valuation correction.

The above chart plots the S&P 500 Index against recessions in the US economy. A bull market stretches from the lowest close reached after the market has fallen 20% or more to the next market high.

A bear market starts from a period when the index closes at least 20% down from its previous high close, through to the lowest close after it has fallen 20% or more. The calculations are based on month-end data. 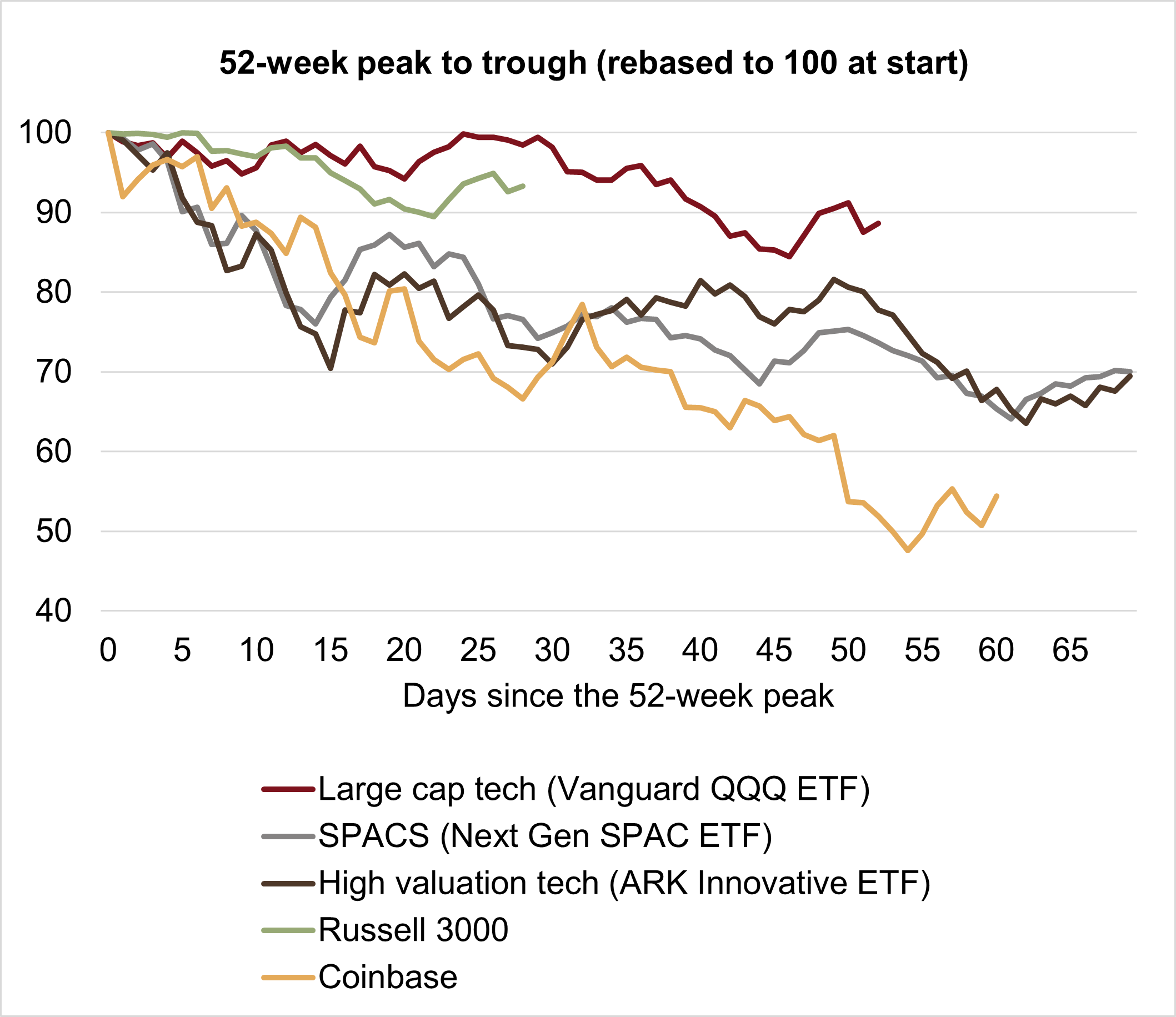